2.0: Overview2.1: Moving Carbon2.2: Exploring Limits2.3: The Breathing Biosphere2.4: Carbon Cycling2.5: Earth Takes a Breath
BSCS is maintaining this educational resource for archival purposes. Some information may be out of date. We are no longer supporting the resource for classroom use.

What are some ways to understand how humans connect to Earth's carbon cycle?

In Unit 2, you have explored photosynthesis and respiration. These processes have been part of the carbon cycle for millions of years. But now, humans like you are involved. In Lesson 2.3, you saw the human effect of the CO2 record from Mauna Loa. In this lesson, you will investigate more how humans have become part of the carbon cycle.

One way humans are part of the carbon cycle is by using fossil fuels. These are used to generate the electrical energy that you need and use each day. At the same time, using fossil fuels also relates to climate. In this lesson, you will see that it is not hard to make decisions for how to use a little less energy. In particular, you will learn that:

Use the focus question above to guide your work through this lesson.

A. A Bright Idea

You can measure the energy use of other appliances in your school or home. What are you curious to measure? How much energy do you think it takes to recharge a cell phone? You'll be able to test a variety of appliances to answer these questions.

Earlier in this unit, you considered the idea that planting trees could remove some of the carbon that humans have added to atmosphere. That is tougher when respiration is also happening and the number of trees on Earth is decreasing.

C. Carbon, Then and Now

You have studied the flow of carbon dioxide due to respiration and photosynthesis by living things. Those organisms are on land and in the ocean. These processes were shown in a box diagram at the end of Lesson 2.1. From Mauna Loa data, you saw how a human influence led to a steady rise in CO2.

Continue with the steps below to learn how to represent the human influence in the box diagram (box model).

Carbon is in all of Earth's systems. In science, you may have studied how carbon is part of living matter (biotic). But carbon is a part of non-living matter (abiotic) as well. You have seen how carbon as CO2 is in the atmosphere. The oceans also hold carbon in many forms; that carbon moves among the oceans, atmosphere, and land. These connections with the carbon cycle will help you better understand climate science.

Places on Earth with lots of carbon are called carbon reservoirs. They are like reservoirs that hold water, except that carbon reservoirs hold carbon. Because carbon can move among reservoirs, it is called "active" carbon. The middle and deep oceans are the largest reservoirs. In these places, the stored carbon is slow to mix and interact with the atmosphere.

Five other important reservoirs have carbon that moves at a much faster rate. They are soils, surface ocean waters, vegetation (land plants), and the atmosphere. Surface waters of the ocean are the upper several hundred meters of water. This includes the photic zone. These parts of the ocean have abiotic carbon, as well as most of the marine life in marine food webs. Land carbon consists of all the carbon in vegetation and soils.

Explore More: What Are Fossil Fuels?

What Are Fossil Fuels? 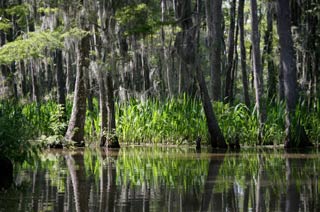 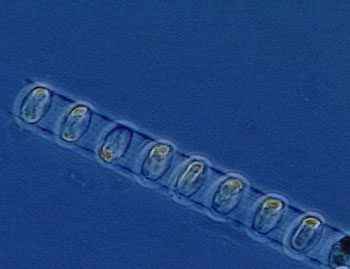 Two key types of fossil fuels are coal and oil. Coal was formed in swamps and wetlands millions of years ago. As plants growing in these areas died, they accumulated at the bottom of the swamp, and were submerged under water. Bacteria partially decomposed these dead plants. The decomposition process lowered the pH and resulted in anaerobic conditions (low oxygen). This killed the bacteria that decomposed the plant material. Under the right conditions, the partially decomposed plants became peat. People can burn peat for energy. Some peat was buried even more deeply, under layers of sediment. The pressure and heat inside the Earth transformed peat into coal. Through this long process, carbon from the ancient swamp plants is now stored in the carbon of the coal. Just think: The carbon in that coal was originally removed from ancient atmosphere by photosynthesis long ago. Your modern fossil fuels were a part of ancient carbon cycling.

In contrast, most of the crude oil you use came from tiny primary producers in shallow seas, not large plants on land. A drop of seawater can contains more than a million of these tiny organisms. These organisms took CO2 from the water and synthesized tissues for their bodies. When they died, these tiny organisms, and other organic material from the top of the ocean, settled down to the bottom of the ocean.

At certain times, so much material rained down to the ocean depths that decomposers could not keep up. Additionally, the decomposers at the seafloor used up the oxygen; so, some living matter did not fully decay. This organic matter mixed with the sediments and was then covered by more and more sediments. Over millions of years, the pressure and heat from the Earth combined to cook this once-living material into oil. Through these processes, the carbon of tiny ancient ocean organisms is now stored in the carbon of oil.

These deposits provide different kinds of hydrocarbons. In forming coal and oil, molecules made of carbon, hydrogen, oxygen, and few other atoms are changed into molecules containing mostly carbon and hydrogen. This chemical make-up means that these molecules store a lot of energy, along with a lot of carbon. Some common examples of hydrocarbons are show below.

D. Who Left the Lights On?!

You have seen it. At home, school, and work, someone leaves lights on when everyone has left the room. At home, you might get in trouble for doing this. Lights use electricity, and generating electricity at power plants usually requires burning coal or other hydrocarbons. You also have evidence from the candle investigation that burning hydrocarbons emits CO2.

Complete the following steps to explore further how hydrocarbons relate to the electrical energy you use.

Use the following questions to help you make connections between some models that you used in this lesson, the carbon cycle, and energy use. Listen to your teacher for instructions; he or she may decide to do this as a whole class discussion or activity.